The Paradiso Garden at The Dome Abuja hosted hugely popular highlife singer, Flavour on Saturday as part of events for the re-launch of  the leisure centre.

And just like day-one, Big Brother Naija finalists were on hand to party with fun seekers, who came in their numbers to see Flavour on stage. Before stepping into the concert, BBNaija ex-housemates Alex, Vandora, Princess, Tobi, Rico and winner of the show, Miracle contested in the celebrity Turkish Airlines bowling challenge. Rico won the challenge and the price of a ticket from the airline to any destination. D.J TTB held sway on the turntables during the bowling contest. 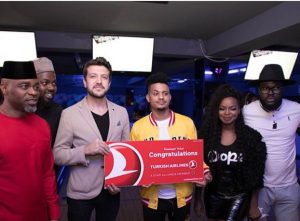 Back at the Flavour performance, the host for night, former Most Beautiful Girl in Nigeria, Munachi Abi hyped up revelers until the “Ada-Ada” singer got on stage by 11pm.

Flavour made up for the not so inspiring performance by D.J Yin, as he got the crowd into a frenzy with his hit song, “Oyi”. Mafkizolo was also part of the crowd that enjoyed Flavour render fans favorites like “Finaly”, “Sexy Rosey”, “Golibe” and “Shake”.

First was Miracle, then other ex-housemates soon took turns to dance with Flavour on stage. Before the former housemates, it was the singer’s lively back-up dancers who got fans on their feet.

Female fans who gathered around the stage couldn’t hide their love for Flavour as they took turns in shouting how much they loved the singer, who was dressed all black on the night.

The fun continued on Sunday when actress, Funke Akindele-Bello, aka Jenifa, played host to hundreds of kids for the Family Fun Day celebration.

Dancing to entertain her young fans, the famous actress also posed for selfies with parents and children.

See more pictures from the 3 -day event below: 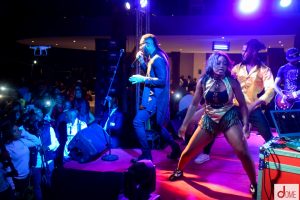 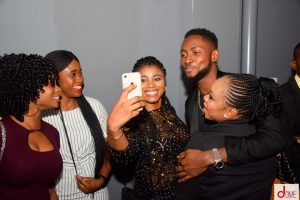 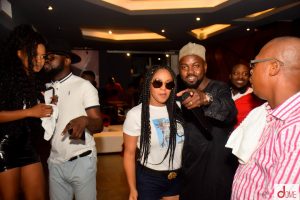 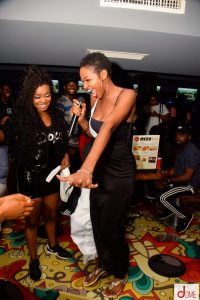 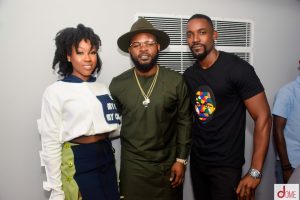