The Ijaw Youths Council (IYC) has raised the alarm over the recent decision of the Inspector General of Police, Mr. Ibrahim Idris, to post four Commissioners of Police to Bayelsa State in less than two weeks.

The Secretary General of the IYC, Mr. Alfred Kemepado, said in a statement on Saturday that it was indeed suspicious for the Force Headquarters to post four commissioners of police to one state within such a short period of time. 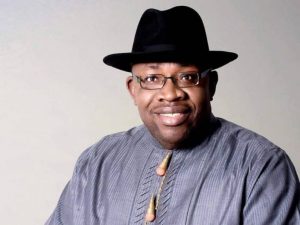 The IYC Scribe said that the action of the Force Headquarters under the leadership of the IGP smacks of a surreptitious plot by the All Progressives Congress (APC) to use the police authorities to politicize the Security architecture of the state with the sole aim of causing instability and destabilization of Bayelsa State. He called on the police authorities not to allow themselves to be used by politicians.

Kemepado said “the removal of CP Don Awunah after working so hard in collaboration with sister security agencies to safeguard the state within a short period of his deployment to the state and the frequent change of guard in the leadership of the Bayelsa State Police Command within two weeks point in the direction of politicization of security in the state”.

He listed the police commissioners who have been posted to Bayelsa State in the last two weeks to include, Joseph Mukan, Ahmed Bello, Ahmad Abdulrahman and Austin Iwar.

He recalled the repeated warnings by critical stakeholders in the polity against the politicization of security which could cause insecurity in the society.

Kemepado said that since the transfer of CP Don Awunah to headquarters, the Force Headquarters had left Bayelsa without a state police Commissioner.

According to him, information at the disposal of the IYC indicated that no police commissioner had taken over from Don Awunah almost two weeks after his redeployment from the state to Force Headquarters, Abuja.

He said, “The Ijaw Youths Council has observed with concern the frequent and curious deployment of police commissioners to Bayelsa State in the past two weeks.

“While it is the duty of the Force Headquarters to determine the posting of police officers to formations within and outside the country, we find it troubling that four commissioners of police have been posted to Bayelsa State in the past two weeks.

“We in the IYC, the umbrella body of all Ijaw youths across Nigeria are inclined to believe that this frequent deployment of police to Bayelsa might be traceable to political desperation and tendency to cause instability in the state.

“We wish to make it clear that instability in Bayelsa, the only homogenous Ijaw State in Nigeria, could cause instability across the Niger Delta.

“It is on this note that we call on the Force Headquarters and the IGP to exercise restraint and resist the plot by desperate politicians to use police authorities to politicize the security in the state.”

He warned that the IYC would mobilize against any attempt to cause instability to score cheap political goals in the state.