Sinead O’Connor claimed that Prince had a life-long hard drug habit and beat women while high when she was interviewed by cops shortly after his death.

O’Connor told investigators from the Carver County Sheriff’s Office that the singer put several women in hospital and claimed she had suffered the abuse first-hand.

The Irish singer also alleged that Prince was ‘into devil worship’, telling them: ‘It’s not just drugs he was into, it was darkness.’

O’Connor spoke to police on May 2, 2016, two weeks after 57-year-old Prince was found dead from a drug overdose at his Paisley Park mansion, and a tape of the interview was released on Thursday.

Sinead O’Connor was interviewed by police two weeks after Prince died, and told officers that he was a life-long drug user who beat women while high

In it, she tells officers: ‘In the case of Prince, everyone is mistaken who believes that he did not have a drug habit for the entire of his life. He used hard drugs commonly.

‘I know this because I spent time with the man. He did not release an album, famously, which is called The Black Album.

O’Connor claimed to have suffered abuse at the hands of Prince herself, while saying that he put several other women in hospital

‘The reason he didn’t, he told me himself, was that he had been taking so many dark drugs that he had had a vision from God and God had told him, the album [was] evil and he was not to release it.’

O’Connor admits that she never saw Prince taking drugs because he would excuse himself to another room in order to do that.

But when he came back, she said, ‘his eyeballs would disappear, literally, from his eyes. They vanished.’

It was on these occasions that Prince would become ‘very violent, very aggressive’, O’Connor said.

On one occasion, she says Prince locked her inside his house and ‘tried to beat the s**** out of me’ before she managed to escape.

The tape was released on the same day as a raft of other evidence detailing the singer’s final days and the aftermath of his death.

CCTV showed the singer looking pale and gaunt as he visited his doctor’s office the day before he died with suspected opiate withdrawal.

The tape was released alongside a raft of other evidence surrounding Prince’s final days and the aftermath of his death. Pictured is the singer at his doctor’s office along with his assistant on the day before he died

Carver County Attorney Mark Metz said that, despite the evidence, nobody could be charged with Prince’s death because investigators do not know where he got the pills that killed him

Meanwhile images from inside his home revealed investigators found a bag labelled ‘opium’ along with bottles of other pills, stacks of cash, and memorabilia.

But despite the evidence, Carver County Attorney Mark Metz said nobody would be charged over Prince’s death because it was impossible to say who had supplied him with the fentanyl pills that killed him.

Investigators did reveal that Prince himself had no idea he was being given the synthetic opiate, which is 50 times stronger than heroin, because the pills were disguised as Vicodin.

Metz said: ‘To actively charge a crime requires probable cause and a reasonable likelihood of conviction.

‘The bottom line is that we simply do not have sufficient evidence to charge anyone with a crime related to Prince’s death.’

Mail Online contacted representatives for O’Connor, but had not received a response at the time of publication. 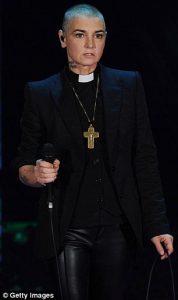