One of the big stories making rounds in the Nigerian high society is the birth of twins by former Most Beautiful Girl In Nigeria (MGBN), Rep. Lynda Ikpeazu in the U.S.

The ranking lawmaker was the winner of the first Most Beautiful Girl in Nigeria pageant.

Details around the birth of the twins, a girl and a boy,  which many have celebrated as good news remains sketchy. Calls and SMS sent to Ms. Ikpeazu’s known number didn’t get a response.

Also some staff  of the National Assembly, while expressing joy over the arrival of the twins recalled seeing the lawmaker pregnant. 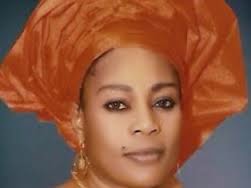 One of them in a private chat with Frontline News Online said Ms. Ikpeazu  looked heavy the last time she saw her in March. “It really showed that she was pregnant in March”, she said.

The daughter of a judge and two-time Nigeria Football Association chairman Chuba Ikpeazu, Lynda who recently vied for the governorship ticket of the Peoples Democratic Party (PDP),  was educated in Nigeria, England, and in America, where she worked as a model.

In 1986, Chuba-Ikpeazu was the winner of the first Most Beautiful Girl in Nigeria pageant. In 1987 she was the first Nigerian in Miss Universe since Edna Park in 1964, and her biggest pageant achievement was when she was crowned Miss Africa in the same year.