It was an outpour of felicitations on Sunday with dignitaries taking turns to celebrate Vice-President Yemi Osinbajo  as he clocked 63.

President of the Senate, Ahmad Lawan, felicitated with the Vice President,  noting the many outstanding achievements of Osinbajo as an erudite lawyer, distinguished scholar, revered clergyman and political leader.

“The Vice President has shown exceptional loyalty in government and dedication to his duties.

“Professor Osinbajo has brought his diverse experiences to bear on his role in government and demonstrated that one can actively participate in politics at the highest levels and yet maintain personal integrity and high reputation,” Lawan said.

The Senate President joined his family, friends and associates in celebrating a great Nigerian leader and role model.

On his part, Governor Adegboyega Oyetola of Osun State felicitated with Osinbajo, saying  in a press statement issued by his Chief Press Secretary, Ismail Omipidan,  that he celebrates the V-P for the sterling leadership qualities he has exhibited as the Vice President of the country and head of the National Economic Council (NEC).

The governor described Osinbajo as a successful legal practitioner, an accomplished public servant, committed and patriotic Nigerian, whose commitment to the unity and progress of the country is never in doubt.

He appreciated him for his selfless service to the nation, noting that the country and her people have benefited immensely from his vast knowledge and brilliance, wealth of experience in public service and leadership qualities.

“I thank God on your behalf for the remarkable achievements and accomplishments he has enabled you to record both in private and public life. You are a great leader whose attributes are worthy of emulation by the younger generation of Nigerians,” the governor said.

Oyetola also praised the Vice President for being a faithful and dependable ally of President Muhammadu Buhari, saying that he is doing well to assist the president in achieving his administration’s agenda of tackling security, fighting corruption and revamping the nation’s economy.

“I pray God grant you and President Buhari the needed wisdom and strength to continue to lead the country on the path of economic recovery and growth and take Nigeria and Nigerians to the much desired Next Level of progress, development and prosperity.

“On behalf of the Government and the good people of the State of Osun, I congratulate Your Excellency on your 63rd birthday celebration and pray God Almighty continue to keep you in good health and grant you many more years of robust service to Nigeria and humanity in general,” the governor added.

Governor Yahaya Bello of  Kogi State in his birthday message described Osibanjo an accomplished scholar, teacher, lawyer, administrator and a man of God.

“Since 2015 that you assumed office as Vice President, you have no doubt, displayed an uncommon passion and burning zeal for the overall growth, progress, development and unity of our dear country, Nigeria.

“Your Excellency, you have over time proven yourself to be a very dependable ally to our President and my own political father, President Muhammadu Buhari since the dispensation of this present leadership in the country.

“As you clock another year today, may the Almighty God continue to keep you in sound health, spirit, soul and body for many more years to accomplish more for the nation”, the statement read in part.

Speaker of the House of Representatives Rep. Femi Gbajabiamila extolled the virtues of Vice President Prof Yemi Osinbajo on his birthday.

Gbajabiamila said Osinbajo, who became a Senior Advocate of Nigeria (SAN) through the dint of hard work, is a very courageous and patriotic human being whose services to the nation would always be remembered.

Gbajabiamila recalled how Osinbajo served as the Attorney General and Commissioner for Justice in Lagos State for eight years to the satisfaction of all.

In a congratulatory message he personally signed, the Speaker said as someone who knows the Vice President for decades, Osinbajo personifies humility, sagacity, courage, forthrightness, sincerity and patriotism.

“Our Vice President, Prof Yemi Osinbajo, who is marking his 63rd birthday today, is someone very dependable in all ramifications.

“Apart from being a reliable human being, the VP is one of the most honest people I have come across in my life. I make bold to say that the VP has qualities worthy of emulation by other Nigerians.

Born on March 8, 1957, Osinbajo became the Vice President in 2015 alongside President Muhammadu Buhari. The duo was re-elected for a second term last year. 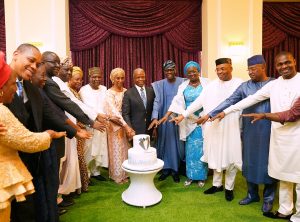 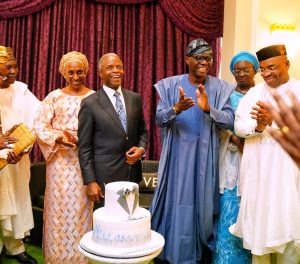 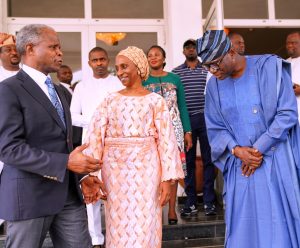 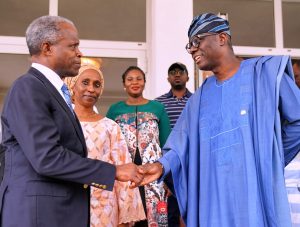