The party said the President violated his oath of office by “illegally” withdrawing and spending $I billion from the Excess Crude Account (ECA) without the constitutionally required legislative appropriation.

A statement issued on Monday by its National Publicity Secretary, Mr. Kola Ologbondiyan, the party said President Buhari was aware that his unilateral spending of $496 million (N151.374 billion) from the ECA, without recourse to  legislative approval of the National Assembly, was a gross violation of the laws and constitution of Nigerian and a direct affront to statutory order as a democratic state.

“By this action, President Buhari has technically suspended the 1999 Constitution (as amended), plundered the inherent powers of the National Assembly as the principal institution of democratic rule, while re-enacting a sole administratorship in governance as if our nation is operating a military regime. 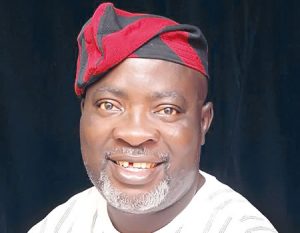 “More disturbing is the revelation that President Buhari paid the $496 million for the purchase of military aircraft from the United States, ignoring allegations of overprice and issues concerning due process, just to achieve a political expediency of currying President Donald Trump’s support for his 2019 re-election bid,” the statement added.

The party further stated that the President’s action amounted to a gross misconduct and betrayal of public trust, adding that in the bid to push a personal agenda, he deliberately side-stepped statutory legislative scrutiny and acted in clear breach of section 80 (3) (4) of the 1999 Constitution (as amended).

“While Section 80 (3) states that “no monies shall be withdrawn from any public fund of the federation, other than the Consolidated Revenue Fund of the federation unless the issues of those monies have been authorized by an act of the National Assembly

“Section 80 (4) provides that “no monies shall be withdrawn from the Consolidated Revenue Fund or any other public fund of the federation except in the manner prescribed by the National Assembly.

“It is shocking that President Buhari, whose administration prides on claims of transparency and zero tolerance for corruption, elected on a platform that lay claims to the height of progressivism, who boasts of the highest standards of integrity, can mundanely resort to a violent abuse of our constitution just to suit a desperate passion of seeking re-election.

“It would be recalled that following the public outcry over the announcement that President Buhari had unilaterally approved the withdrawal of $1 billion from the ECA, the Presidency, through its  Special Adviser on National Assembly Matters, Senator Ita Inang, on April 9, 2018, stated that no such approval had been made, adding that the President would never act in breach of section 80 of the constitution; yet they were aware that payments have been made,” the party added.

The president’s letter, which was obtained exclusively by THISDAY from sources in the House of Representatives, indicated that Buhari only wrote to the National Assembly leadership on April 13, 2018, and it was received in the Office of the Speaker of the House on April 17, 2018.

The letter showed clearly that Buhari had already given anticipatory approval for the withdrawal of the sum of $496,374,470 (N151,394,421,355) from the ECA for the purchase of 12 Tucano aircraft from the U.S. and was seeking the inclusion of same in the 2018 Appropriation Bill that the National Assembly is currently finalising.

But the spokesman of the House of Representatives Rep. Abdulrazak Namdas who spoke during an interview on Channels TV said the letter has not been read on the floor of the House.

He however said the lawmakers would not reject the president’s request for approval, but only want him to adhere to the constitutional requirements for spending money from the purse of Federal Government.