Thursday, August 22 was a glorious day for newly sown-in minister of State, (Environment) Barr. Sharon. It was the day the management and staff of her former agency, Pension Transitional Arrangement Department (PTAD) pulled out all the stops to celebrate her appointment into the Federal Executive Council.

Ikeazor was showered with encomia at the reception held in her honour by former colleagues and other stakeholders in pension management.

Though the atmosphere wasn’t formal, those who worked with the former PTAD Executive-Director took turns to describe her in glowing terms. According to a director in the agency, Mr. Suleiman Shelleng, his former boss combined compassion and passion to great effect.

Shelleng who disclosed that Ikeazor was dubbed “Hurricane Sharon” and “Mama Pension”, due to her effectiveness and kindheartedness by staff, added that she has solid achievements to show for her time in PTAD.

He said a large percentage of complaints made to the PCC were from pensioners, but the complaints were quickly handled by PTAD. Igbawu opined that Ikeazor’s appointment as minister was based on merit.

Ikeazor who took the stage to interact with pensioners from different unions, many of whom attended Thursday’s event, stated that they now have a representative in the Federal Executive Council.

She promised to always protect the interest of pensioners at the highest level of government.

See pictures from the event bellow: 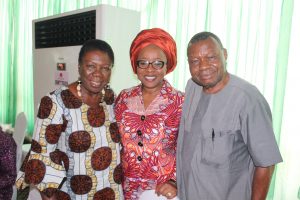 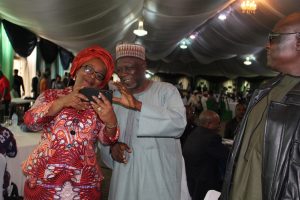 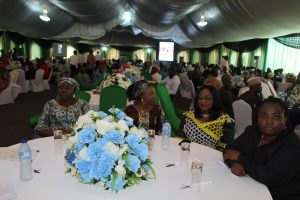 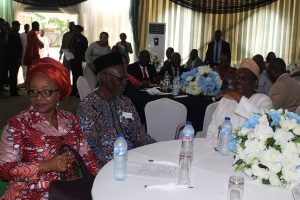