The mainstreaming of project management must be implemented in Nigeria, for the country to witness accelerated development, founder of Project Management Conference (ProMaCon), Mr. Taopheek Babayeju, has said.

Speaking at a press conference to announce ProMaCon’s summit scheduled for Abuja, to mark the conference’s tenth anniversary, Babayeju, said though a lot of progress has been recorded with including the project management component for government funded projects, much more still needs to be done in this regard.

ProMacon, an independent and not -for -profit organization, established since 2009 actively promotes the culture of project management in private and public sectors through , advocacy, capacity building and stakeholders engagement in different sectors of the economy. 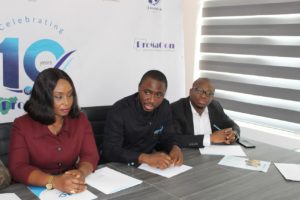 He said: “Project management is key to national development. Whether we like it or not, every nation that has succeeded has applied the principles of project management which is the art of proper execution. Ideas are cheap, implementation is key.

“You can have all the strategies in the world, all the wherewithal, without having proper plan of how to execute. They say failing to plan is planning to fail. So every nation that has developed has mastered the art of project management”.

Responding to questions from journalists, Babayeju, who is Lead Consultant, iCentra Consulting, said Nigeria has about three trillion naira worth of abandoned projects.  According to him, project management can be used to significantly reduce the number of abandoned and failed projects.

“President Goodluck Jonathan constituted a committee headed by a former Minister of FCT and it came out with about N3 trillion value for abandoned projects, this is huge. When President Buhari came on board, he decided to complete Jonathan’s projects. So national development is continuum……What we see in this part of the world is that everybody wants to deliver projects whether or not, it takes people out of poverty. For them it’s just about doing something”, he opined.

Also speaking at the media parley, a member of ProMaCon 10th anniversary planning committee and CEO Marvel Matrix Plus, Ms. Phil Okoroafor, announced that for this year’s conference, Vice President Yemi Osibanjo, minister of Works and Housing,  Mr. Babatunde Fashola, minister of Aviation, Sen. Hadi Sirika, minister of Transportation, Mr. Rotimi Amaechi and the minister of Power, Mr. Saleh Mamman, as well as relevant members of the National Assembly will congregate to brainstorm on improving project management in the country.

Okoroafor stressed that ProMacon will continue to be a veritable platform for pushing for the institutionalizing project management.