Chairman House of Representatives Committee on Army, Rep. Abdulrazak Namdas has stated the commitment of the House to re-positioning the army.

Speaking at the inaugural meeting of the committee on Wednesday, the lawmaker assured that with the cooperation of the Senate Committee on Army, the National Assembly will ensure the reposition of the Army. 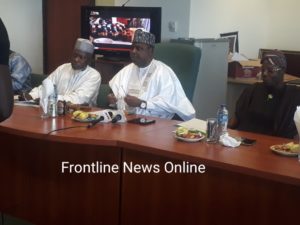 Namdas, a former spokesman of the House also announced plans to train members of his committee and a tour of formations across the country in order for members to effectively contribute to the Army meeting the expectations of the citizenry, especially with the security challenges in some parts of the country.

He said: “It is important to know that the Army is the largest component of the Armed Forces and it bears the brunt of the nation’s security challenges. So, we have a huge responsibility placed on our shoulders as a committee.

“We are all aware of the of the security challenges the nation has faced in the last few years, which is a source of concern to all of us. This requires our utmost attention. We have to be proactive and patriotic while discharging our responsibilities.

“I enjoin us to take the issue of oversight and referrals very seriously. It is my belief that proper oversight will reposition the Army towards achieving their targets with ease”.

The lawmaker commended President Muhammadu Buhari for his commitment to defeat Boko Haram, this is even as he praised the Army for dealing decisively with bandits, kidnapers and cattle rustlers.

” I wish to, on behalf of the committee and the House of Representatives, commend the Nigerian Army and the entire Nigerian Military for the successes recorded so far in the fight against insurgency, banditry, kidnapping and cattle rustling among others. We thank His Excellency, President Muhammadu Buhari, for his avowed commitment to stamp out Boko Haram and activities of other terrorist groups in the nation”.